Everything that has value can be bought.

“The Tonight Show” host, gearhead, car collector, and all around good guy, Jay Leno is selling his massive car collection featured on “Jay Leno’s Garage” to an unnamed Arab Sheikh for an undisclosed sum that’s upwards of $1 billion. We knew the U.S. economy was bad, but we’re hoping that didn’t play any part in a decision to go through with the deal. Shocked? We are too, but then again, Leno owns over 80 cars and another vintage 80 motorcycles. 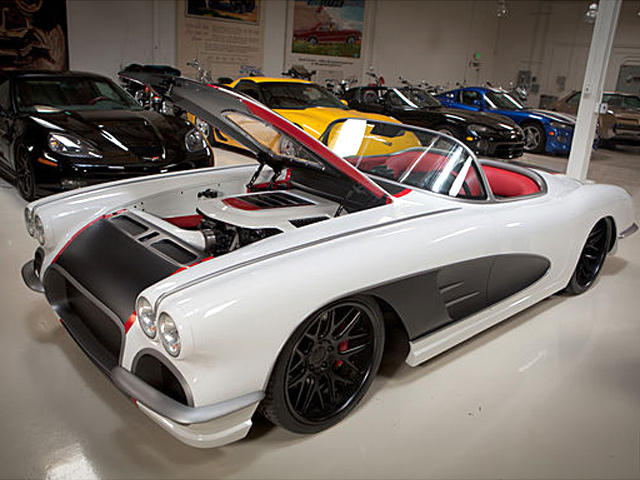 These all consist of one-offs, the ultra rare, exotics, restored, or all of the above, and many people would love to own them as well. In addition, Leno has maintained each of his motorized treasures in his climate-controlled warehouse museum in Burbank, California. Leno and his crew have put in hundreds of hours working and maintaining these cars, such as a 1931 Duesenberg Model J, a 1909 Stanley Steamer, a Mercedes 300SL Gullwing, a 1,000 horsepower Oldsmobile Toronado, a 1955 Buick Roadmaster with a Corvette suspension and a big-block Chevy V8, and a Blastolene Special powered by an engine taken from a M47 Patton tank.

Leno is also known to be a fan and owner of such brands like Lamborghini, Lotus, Ariel, and McLaren, so it’s not at all surprising that a foreign buyer would be highly interested in attaining the many supercars and rare models in the collection. No word yet on whether the possible deal includes part of or any of the many vintage posters and other collectibles that adorn the walls of the warehouses. Those items are also likely worth a pretty penny. We’ll keep you updated once more information comes to light.

An individual who claims to work with the Amir of Kuwait, Sheikh Sabah Al Ahmad, contacted us claiming that ‘Jay Lenon’ (we’ll assume he meant Leno) and the Amir have never met and denies any other meetings between the two. That still doesn’t mean a sale won’t be happening.